This interdisciplinary conference aimed to explore creative, conceptual and digital methods of mapping the spaces and times of a range of texts, bringing together fields as varied as the digital humanities, cartography, geography, literature, narratology and gaming. It asked what mapping a text can reveal and the challenges of doing so; how we can meaningfully connect the digital, imaginative and actual spaces of literary texts; and what methods and models might be useful in these endeavours.

This conference was originally due to be held in person at the British Library in July, but after the full scale of the pandemic became apparent earlier in the year, it moved completely online. Instead of presenting papers, delegates were invited to submit posters of their research to be displayed on a virtual poster wall on Flickr. Participants could then network via chatrooms on Microsoft Teams, or in Gathertown –  a virtual conference space that allows users to walk up to a person’s avatar and have a separate conversation with them via video call. The keynote presentations still went ahead as recorded videos which were shared in advance, while live Q&As with each presenter were held at designated times throughout the day.

Though it was unfortunate that we couldn’t hear all the papers in full, the conference team handled the online move very effectively, creating a well-organised and flexible format for engaging with each other’s work. On a personal level, this was also the first time I had produced a poster for a conference, and I was grateful to get experience in showcasing my work concisely using only visual means. I was pleased to get some positive feedback on what I’d produced from those who got in touch with me during the conference.

Here is my poster. You can also view it full-size alongside the other fascinating projects featured in the conference here. It outlines the design of my location-based game Canterbury in 3 Words, explaining the research questions I was asking, how the game works, the design challenges I faced, and the observations I made throughout my fieldwork in making and testing the game.

Big thanks to the conference organisers for making this event happen, and the other presenters for sharing such inspiring and thought-provoking projects. 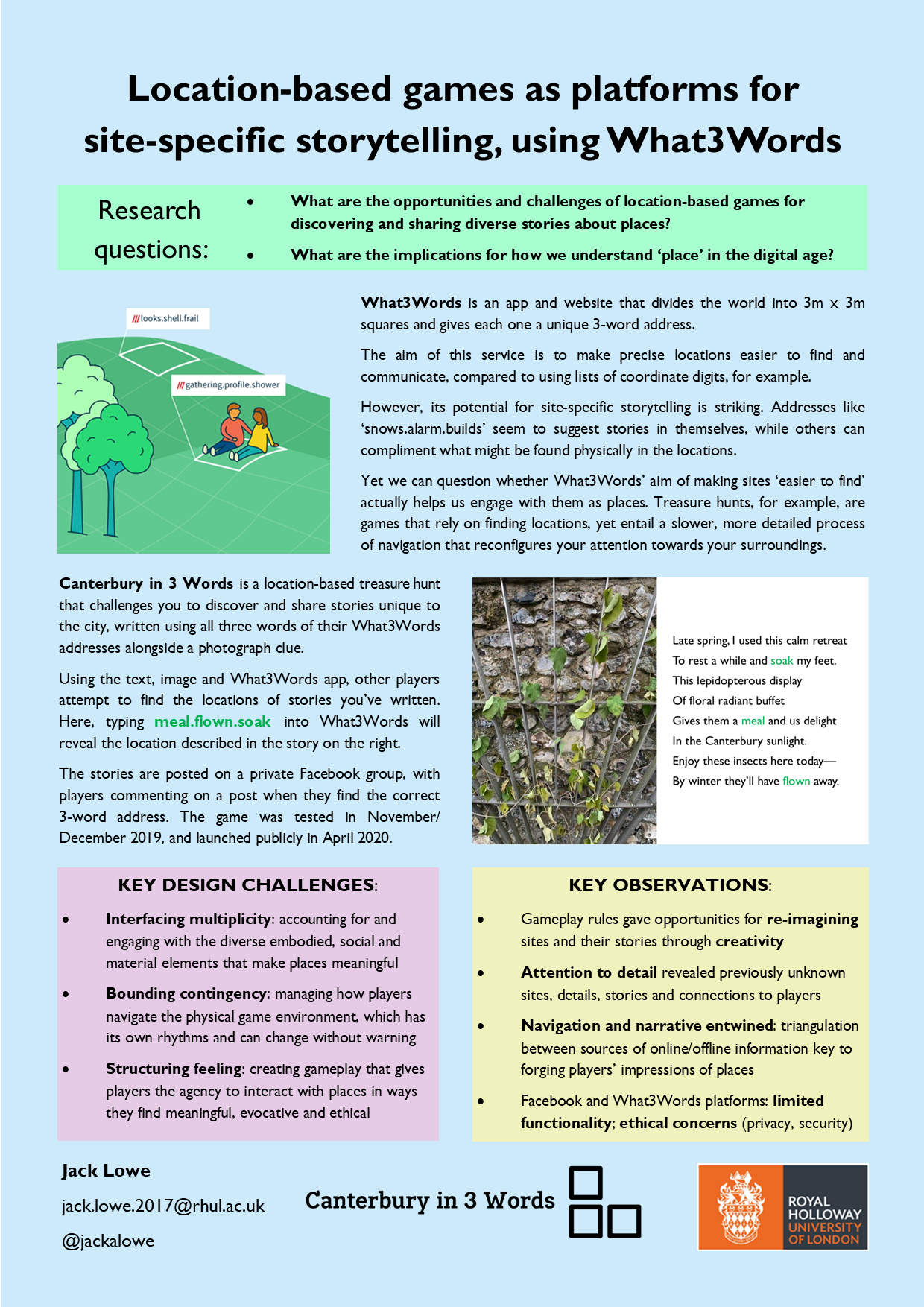