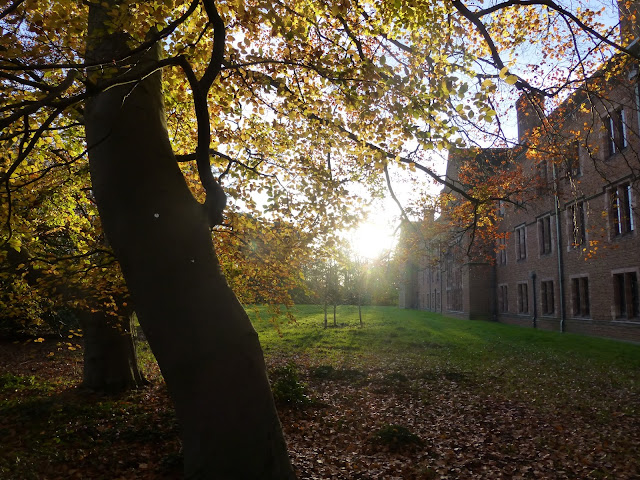 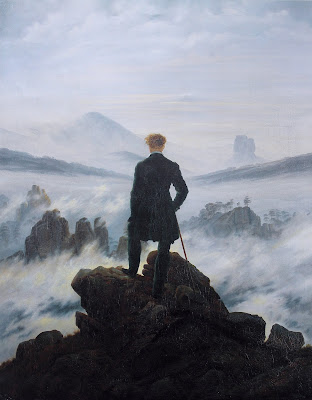 Email ThisBlogThis!Share to TwitterShare to FacebookShare to Pinterest
Labels: Cambridge

Over the winter break I had the challenge of completing two big pieces of coursework for my Masters. As well as a 4,000-word essay on public space, in which I investigated the implications of Public Space Protection Orders, I had a task that was somewhat less familiar.
This was a 3,500-word exhibition proposal, for which I had to set out my plans for a medium-sized, six-week exhibition on a geographical theme of my choice. Structured according to how proposals are typically written for museums and galleries in real life, I had to think about not only the overall concept of the exhibition, but also more practical considerations. This included the exhibition’s layout, its contents, educational and outreach components, the design of the panels, and the audience.
As such, it was quite different to the conventional academic pieces that I’m used to writing. Rather than repackaging other people’s ideas, I had to come up with clear ideas of my own, and a vision of how these could be practically presented to the public.
From the start I knew I was quite keen to diverge from conventional exhibition formats, where artworks and objects are put alongside panels that describe or give additional detail about them. How could I make the exhibition design more engaging, powerful and relevant?
My answer shaped the design of the whole exhibition: turn it into a game.
Rather than simply guiding visitors around the exhibition in a linear fashion, I wanted to challenge visitors to discover the story of the exhibition by themselves, giving them as little direction as possible. The visitors instead would be ‘detectives’ presented with a mystery, and the fun and intrigue of the installation would be in the task of solving it. For those familiar with the concept of psychogeography, this approach to the exhibition replicates how psychogeographers have explored and interpreted the city. This is also a technique that has been used in exploration or 'walking simulator' video games such as Gone Home and The Vanishing of Ethan Carter, which were a big inspiration for my own game-like design.
Perhaps unusually, I came up with this idea for the format before I even knew exactly what the topic of my exhibition would be. Fortunately, the internet provided me with two fantastic sources of inspiration that directed my thoughts towards my eventual subject matter: the lives that people who migrate leave behind.
The first source of inspiration was a TED Talk by Anders Fjellberg, a journalist who told the story of the Wetsuitman. When two unidentified skeletons in wetsuits washed up on the coasts of Norway and the Netherlands last year, Anders and his colleague set about finding out about their lives, retracing their journeys from homes far away to their ultimate end in the North Sea. Their painstaking work spanning several countries revealed life stories that we aren’t used to hearing – those of two Syrian refugees who left livelihoods and loving families behind. Their aim? To show that behind every human body, every statistic, every newspaper representation, is a person with a story.
The second source of inspiration came as a result of the recent gun attack by a couple in San Bernadino in the US. After the attack, the couple’s apartment was opened up to journalists, leading to numerous images appearing in the media alongside speculation about what their household objects meant. In an effort to oppose the generalising assumptions that people were making, however, #MuslimApartment began trending on social media. People posted photographs of innocent, everyday objects in their own apartments, alongside sarcastic captions suggesting what underlying terrorist motives they revealed. 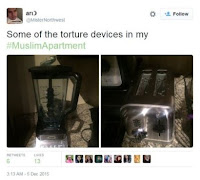 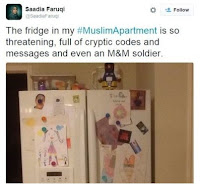 In how this trend reclaimed the humanity of Muslim immigrants through everyday home objects, it made me consider how a similar detective exercise in a ‘normal’ household environment could be a powerful method of telling the less spectacular, but nonetheless significant, stories of those who migrate that we rarely see documented.
Joining together these various trains of thought, I designed an exploration experience in which visitors would investigate replicas of rooms from the former homes of migrants. These would be built and arranged according to the migrants' own stories, recorded during participatory workshops with migrant communities.
Entitled ‘Another Life: Exploring the untold stories of migrant lives’, the opening panel of my exhibition gives an overview of this idea:

When people leave home to migrate, they often leave behind stories of a life and a livelihood that rarely get told in their new setting. Instead, we are used to hearing about ‘migrants’ in the context of statistics and government policy. While these wider concerns are important, they don’t teach us much about the people who migrate: fellow human beings with family lives, hobbies, possessions, ambitions, and memories. By learning about these details, we can begin to understand their experiences better and shed new light on issues around migration today, whilst also recognising both the diversity of our cultures and our common humanity.
In this exhibition, we are giving you the opportunity to play detective. By exploring the former homes of real people who have migrated, we want you to find out about their lives. What were their jobs? What did their home town used to be like? Why did they leave? These are just some of the questions you can consider as you investigate.
There are three homes to explore, each representing a different migrant community.  Inside the rooms, you will find all sorts of everyday objects, placed as they would have been in the original homes. You are welcome to touch, pick up, open and use objects in the rooms, but when you are finished please leave everything in the rooms as you found it. We also encourage you to use the tables and chairs provided to talk with others about what you discover.
We hope that your investigations give you insight into the intriguing hidden stories of people who live around us today in our villages, towns, and cities, yet have left another life behind.
So in total there would be three replica rooms, each representing a different migrant community participating in the workshops. For each of these communities, one person’s life story would be chosen as the main narrative, while all participants would be involved in decorating the rooms in a culturally-sensitive way, according to their own experiences. The individual life stories would be communicated through objects that contain a more explicit sense of narrative. This could be letters, electronic communications, diary extracts, and notes. As the rooms are replicas, however, all the materials would be created or bought during the production stage – unless participants would be willing to use relevant personal items that are still in their possession.
This image indicates what the rough size of the replica rooms would be, and the type of contents they would contain: 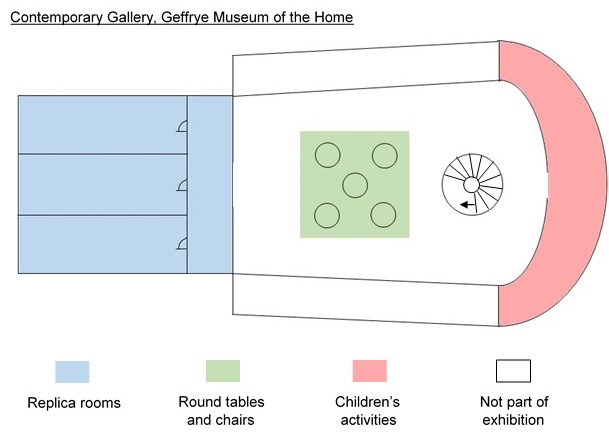 As you can see, my exhibition also has an area with tables and chairs provided for discussion between visitors. The idea here is that people can discuss any issues raised by the installation’s subject matter in a space free from the biases and generalisations of the media, instead being informed by the migrants' experiences themselves.
Additionally there are rooms where educational activities for younger visitors could take place. Outreach is an important component of the exhibition, and what better way for young people to learn about other cultures and migrant experiences than by immersing themselves in the everyday environments of these people.
Although it wouldn’t be part of the physical exhibition, another important component of outreach would be a parallel website, where anyone who has experienced migration anywhere in the world could tell their story through text, images, video and sound. Ideally, these stories could be accessed via an interactive map, so that navigating to certain locations on the map would bring up the stories of people who have migrated both from and to the area. This idea arose mainly from my surprise that there is no real substantial online ‘archive’ where migrant experiences are documented, with most stories simply being told through individual media outputs. By creating a website dedicated to preserving these stories, it would help build a legacy for my exhibition project, extending its impact both beyond the timespan of the exhibition run and also beyond the location of the exhibition in London, for those who cannot visit it in person.

Another Life is an ambitious project, going well beyond the conventions and expectations of most exhibitions. It would therefore be difficult to organise if this were a real proposal, with a limited budget and other institutional and practical hurdles to negotiate. However, as my lecturer told my classmates and I, it’s a shame that there isn’t the opportunity for all of our exhibitions to be made. Between us there were some truly exciting and thought-provoking designs.
This is still an idea that I would love to pursue, though, and if the right opportunity arose it would be interesting to consider how I could develop this concept in a real-life context.
Regardless, designing an exhibition was a really worthwhile experience, and a fantastic chance to combine my geographical interests with my more creative impulses.