Review of 'Bound' by Rosa Carbó-Mascarell 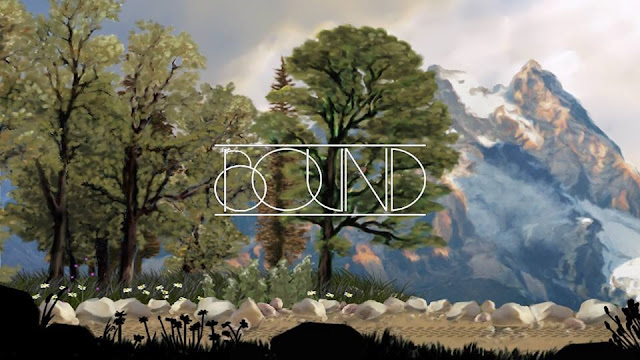 
The phrase ‘genius loci’, or ‘spirit of place’, in particular comes to mind when thinking about how the ordinary becomes extraordinary in Bound. When playing the game, you get a definite sense of ‘traces’ that have gone before: emotions, memories and events that create a kind of presence or spirit inscribed in the game environment. One of my favourite examples of this is how Ellie’s postcards and Katherine’s letters are handwritten. Through reading the characters’ words in their own writing, you get a very convincing sense of personality and sincerity which almost gives you the sensation that you are communicating directly with them. Another example is the clever placement of romantic novels about journeying, which over time subtly demonstrates Katherine’s love and longing for exploration. These traces are ghost-like; spirits that give quiet whispers and delicate impressions. As a virtual psychogeographer you bind yourself to these wandering spirits, using them as guides in your own journey of exploration.
The culmination of this ‘spirit of place’ is at the ending of the game, however, where the player appears to suddenly inhabit Katherine's dead body. It is a ‘literal’ manifestation of the ghostly qualities of the game experience, acknowledging the player’s own contribution to the traces of meaning that inhabit the landscape.
The fact that the player experiences all of this through the act of walking is also significant, because while walking may be seen as a mundane, everyday practice, through Bound's moving journey of discovery the act of walking is reclaimed as an exciting, romantic, and significant practice. The game is effectively a love letter to walking, turned into an enjoyable and insightful work of art. This is very much in the literary tradition of psychogeography exhibited by romanticists such as William Wordsworth and Thomas de Quincey, who used walking as a gateway to experience the emotion of particular landscapes, which then manifested in their artwork. Dear Esther is probably the best example of a game equivalent, where walking in the romantic landscape of the British coastline is the method through which the player discovers who their character is, developing a sense of self.
Verdict
Bound only takes roughly 40 minutes to play, but out of any game I’ve ever played it must have one of the highest ‘thought provocation to playtime’ ratios. You can clearly tell how much thought has gone into every aspect of the game – from the tiniest details of the objects to the wider concept – immersing you so densely in its world that you will struggle to drag yourself out again for hours afterwards. Even then, like water trickling out from the coils of the ear, you’ll find that certain details stick with you and re-appear mysteriously in the future.
The game’s premise is philosophical: it is an exploration of exploration. But although the subject matter may seem profound, it is a game that is built for purpose. For what genre of game could represent exploration better than the ‘walking simulator’?
The game is its own justification in this regard. The walking and interaction mechanics are designed specifically to make you think about how the way you explore an environment affects the experience you take from it. But more than this, the game revitalises exploration by making it exciting. The question-and-answer narrative presents the player with mysteries which can only be solved by engaging with the landscape. And because the story that unfolds is so intriguing and moving, the experience you are left with provides a real sense of fulfilment.
There is also a lot to be enjoyed by those interested in the psychogeographical element of walking simulators. Bound is a masterclass in environmental storytelling which very cleverly imbues the virtual environment with emotional significance, yet is broad enough to evoke a multitude of different interpretations. Every playthrough of Bound yields a different reading, and I imagine that it’s the type of game that would give even the returning player new insights, such is the quality of detail and concept.
Walking simulator games may not have reached the level of triple-A popularity yet, but their influence in the industry is growing and Bound expertly demonstrates their value and potential. This really is a great achievement for the walking simulator genre. Those who are already invested in the development of these types of games should be extremely proud and excited that someone following in their footsteps has produced such a promising addition to the field.
Posted by Jack Lowe at 13:40